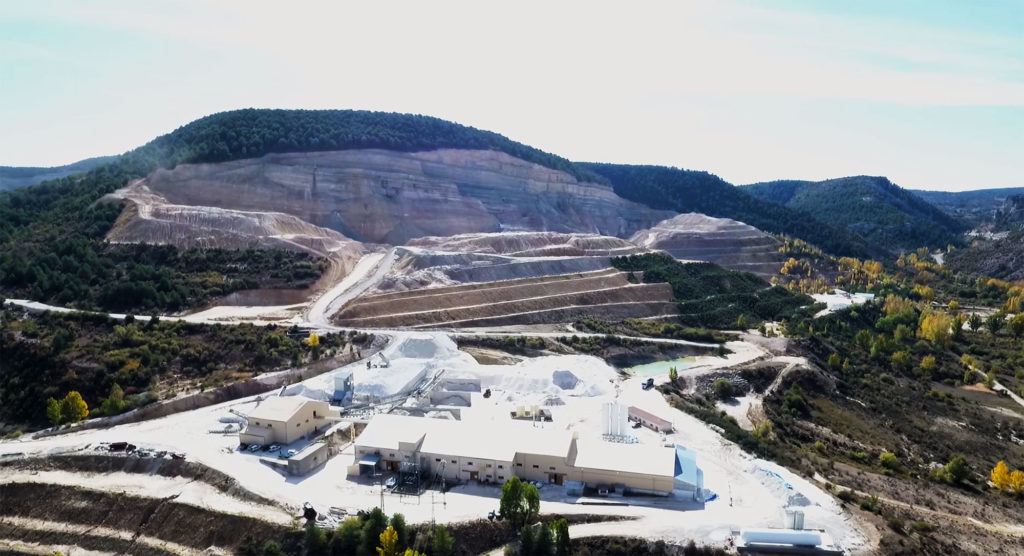 We are the largest producer of kaolin in Spain and we have prepared this video to show you the two mines that Caobar exploits in the province of Guadalajara and how we work in our treatment plants. This is the Spanish version:

With the help of a drone, spectacular aerial images of the María José y Machorro mines have been recorded, both in the municipality of Poveda de la Sierra. Caobar has 25 million tonnes of proven reserves of kaolin and 50 million tonnes of concession reserves, the company with the largest unitary deposit in Europe. We produce high-alumina kaolin, low in iron and titanium. 12 types of high-end kaolin and great whiteness.

The video also affects the capacity of our two treatment plants, in Poveda de la Sierra and Taracena (Guadalajara), which process 800,000 tons of product per year and whose maximum processing capacity reaches 1,250,000 tons. We have an R&amp;D&amp;I team, we have quality seals that support our work and one of our priorities is the care of the environment in our activity, which has obtained the recognition of the Natural Regrade Award. Here is the English version of Caobar’s corporate video: