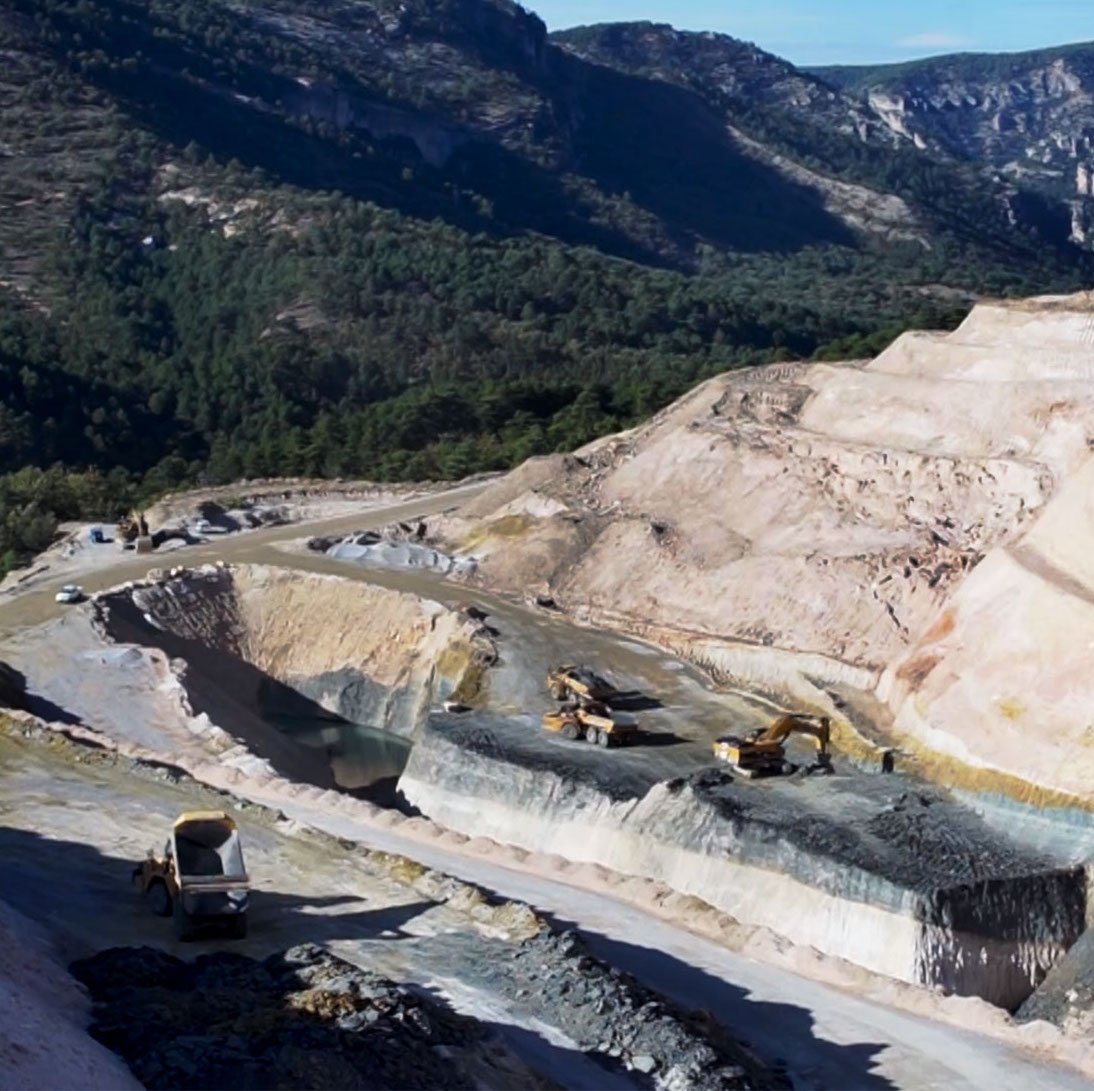 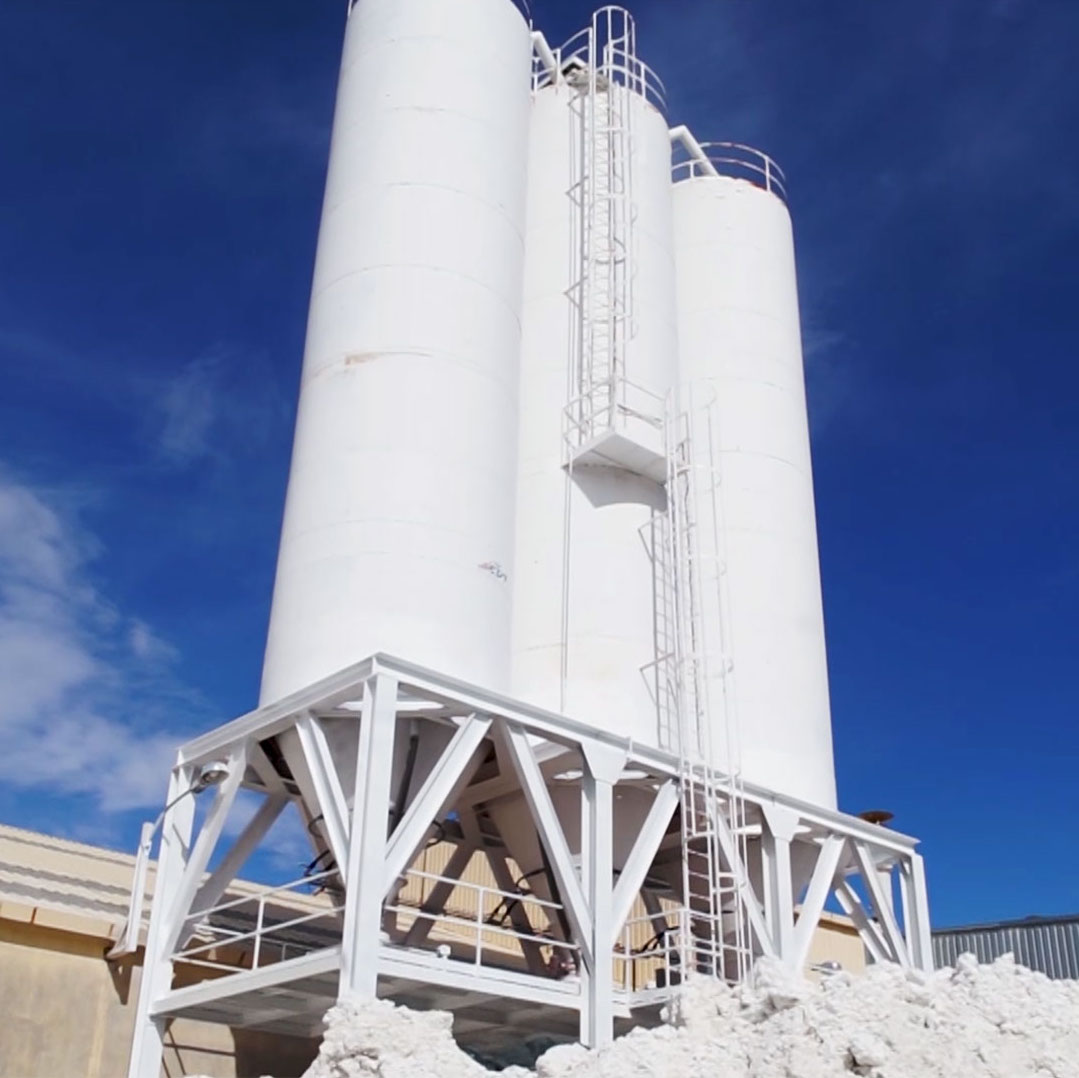 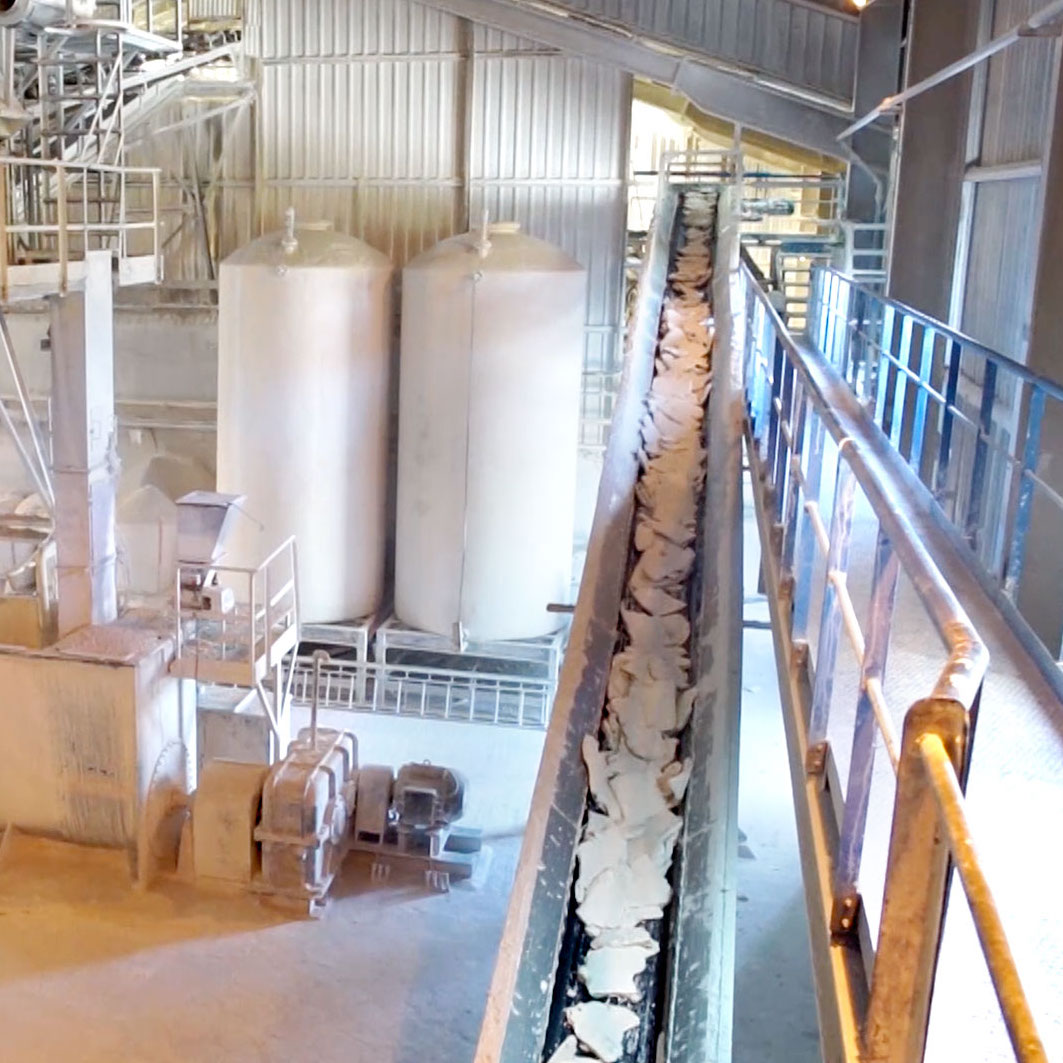 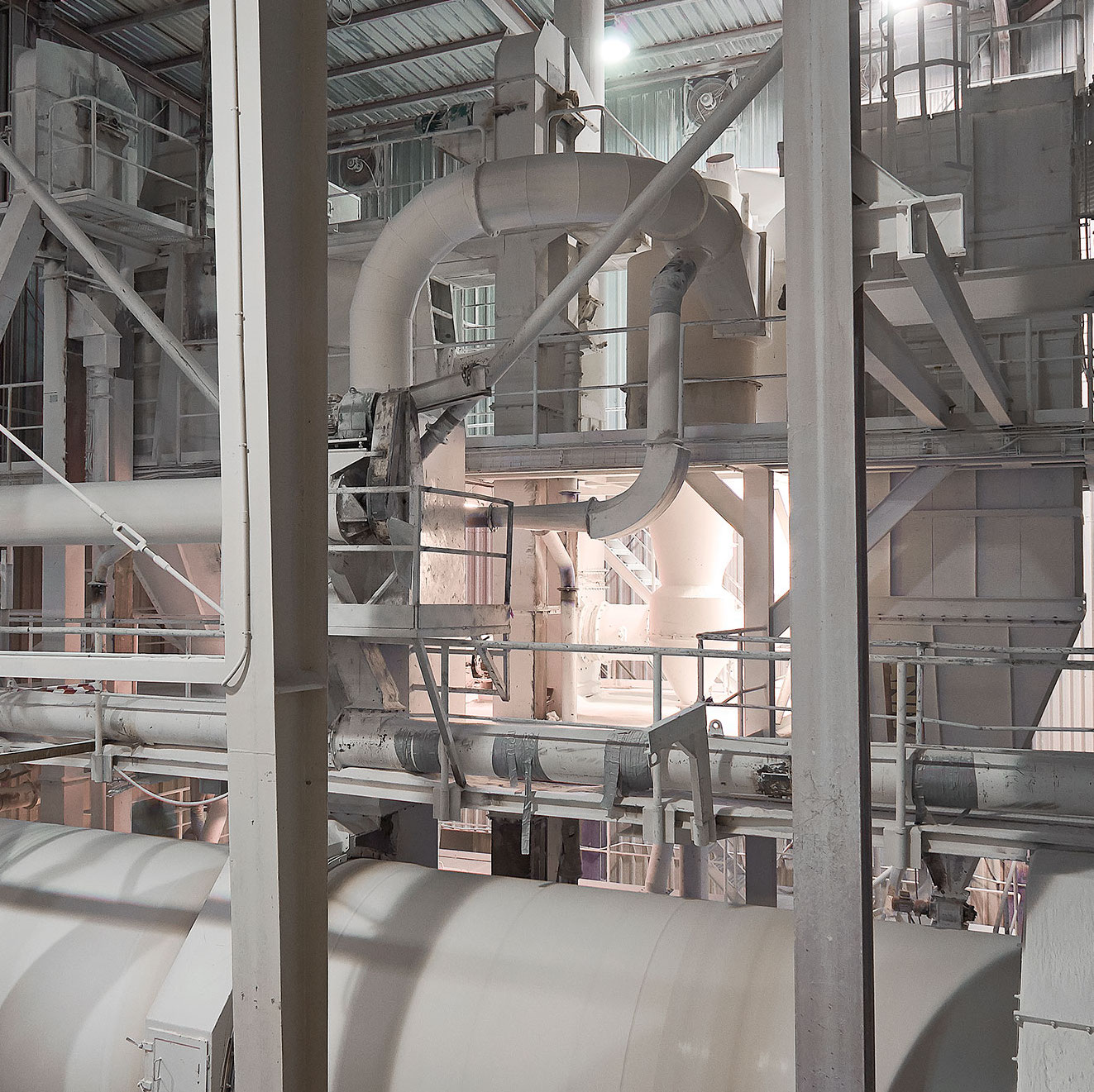 Kaolin is a pure, white clay that comes from the decomposition of feldspar rocks, and is considered by the government to be a “priority substance” as it is the raw material of countless industries that play an important role in the national economy.

Kaolin, also called China Clay, is a rock or sediment that contains a certain proportion (>15%) of kaolinite. Kaolinite has the following chemical formula Al2O3.2Si02.2H2O. It is distinguished from other clays mainly by its softness, whiteness and easy dispersion in water and other liquids.

After the separation of the silica sands, the kaolin pulp passes through different cyclone batteries, where the different qualities of kaolin are produced.

After a process of concentration of the pulp, they go to the filter-pressing section, which makes it possible to produce kaolin cakes.

The cakes are sliced and dried using different processes with natural gas. A granulated or powdered kaolin is obtained, which is stored properly for later loading into tanks or trucks.

Some uses and applications for KAOLIN

As a coating and covering of the paper. In the finishing of art paper and wallpaper and in corrugated paper. It reduces the porosity and gives the surface smoothness and shine.

In the production of profiles, blocks and refractory bricks, as well as in high alumina bricks. In the manufacture of refractory and acid-proof cement.

One of the main components of fibreglass.

In the production of extension pigments for paints and in the manufacture of inks. It is used as an expander because of its chemical inertia, smooth flow, easy dispersion and because it is not abrasive.

It is used as a filler in rubber and plastics and as an auxiliary in filtration processes. In plastic coatings for ducts and plastic tiles. It mixes well with oleoresins in plastics and improves the rigidity and hardness of the same.

It forms part of the components of insecticides and pesticides either as accompanying material to insecticides in powder form or on its own.

In the production of medicines because it is chemically inert and free of bacteria.

It is one of the main components of cosmetics. It absorbs moisture, improves white bases for colours, adheres to the skin and has a soft texture.

Is used as a load and for its resistance to moisture and chemical attack. To reinforce the rubber and make it more rigid also increases its hardness and durability.

In the manufacture of products such as aluminium sulphate, alumina and alum; in catalysts and absorbents; in textile finishing; in soap, coatings, tanning and asbestos products; in abrasive wheels, as bonding material in casting and for welding rod covers.

The silica that has been separated from the kaolin in the washing process is originally classified as wet, obtaining different granulometries for different applications.

A vital part of the entire treatment process is the performance of tests corresponding to each stage of the production process. The ore is analysed both in the deposit and in the storage area.

For research and control studies, we have the most modern technical means, as well as highly qualified personnel.

Once the production chain is finished, the raw material is ready for its subsequent distribution and for this purpose Caobar offers its clients the most suitable delivery: in bulk in tanks or in the range of products packed in sacks or big-bags.

Some uses and applications for SILICA

Manufacture of frits and glazes, as well as for the formulation of ceramic pastes

Manufacture of flat or hollow, opal and photovoltaic glass

For manufacturing as a base for football, paddle, golf and horse riding facilities.

Preparation of different silica compounds, detergents, as well as the use of this for fracking.

The sands can also be used as a filter bed for water treatment and purification.